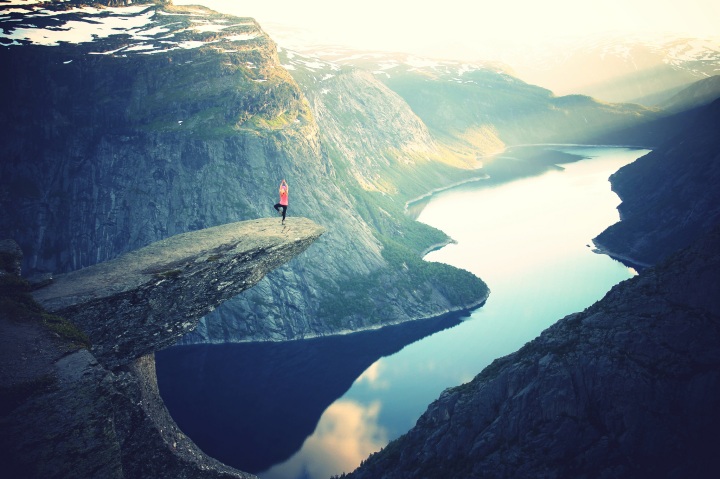 I just returned from my visit to my grandmother’s house in the metro NY area. This is the second trip I have taken in a few weeks–a few weeks ago, she was hospitalized with pancreatitis. Since she has battled pancreatic cancer in the past, we were especially troubled by her illness. So we abruptly left and went there for visit her for a week, making regular hospital visits and helping her adjust for a few days after her four day stay.

While I was there the second time (I just came back on Friday), I helped her in the house and outside (cutting down tree limbs! watering gardens!) while also finding time to go to yoga class, sit out in the sun, take a few short car trips, and generally take part in activities that made me feel that summer was finally on its way.

I know I’m not alone when I say this winter was particularly difficult. Here in Lake Placid (and throughout much of the East Coast, from what I had heard from visitors) the weather was bitterly cold and often unpredictable. It would be 30 one day and minus 30 the next (slight exaggeration, but  the temperature was constantly varying between extremes). So it was nice to be somewhere where it was in the 50s-80s range while it was still snowing and/or chilly in Lake Placid.

I stumbled upon an interesting observation while I was away this time–I had hit on it during my last trip but considered it a bundle of coincidences. What made me feel better (and lose weight) when visiting my grandmother was that I KEPT MOVING.

Yeah, no kidding. What a shock. Moving actually leads to weight loss? Who knew? (At this point I’m writing what I’m sure readers will think when they see this statement). 🙂
But I don’t mean it in the way you’re probably thinking. You might be thinking that I was taking part in structured classes like yoga, spinning, or Zumba (to name a few) constantly because I had more time while on “vacation”, but that’s not true. Yes, I did go to yoga class, but since it was expensive ($20 per class!) and I went on the trips with a very small budget, I did not attend every day, but only on the days when there was a favorite class or teacher available. The other days, I didn’t exercise at all. I would say that out of the 7-8 days (each time period, not total), I took 2-3 yoga classes, leaving several days with no activity (including Easter, where I basically ate a lot of (healthy, organic) food and sat around the table chatting with family). So that’s not it, I didn’t feel better and lose a few pounds by spending all my time in a gym or workout class.
And I certainly didn’t eat less. As noted, Easter was spent enjoying ham, sweet Potatoes, salad, avocados, local kielbasa, and paleo chocolate cake (which we made ourselves and brought with us).
The rest of the days, I ate much the same as I do at home–two organic eggs and organic bacon for breakfast, a large cup of tea (or several, depending on the day), and vitamins. For “lunch/snack” (usually we don’t have lunch, but here we did), a salad with meat or just a paleo muffin with tea. Dinner was also earlier than usual, and we usually had either leftovers or meat with roasted sweet potatoes and salad. We might have had some chocolate during the day as well. For some reason I was actually hungrier here than at home, so I think I probably ate more than I do during my usual routine. So it can’t be reduced food consumption. So what is it?
Like I said, the key is MOVEMENT. Not necessarily “exercise” movement, but allowing the lifestyle to become active naturally. During the winter, I was in hibernation mode. When not speed skating on the oval, I was inside, huddled in front of my computer (and heater), rarely moving from this position. It’s a bad habit, and since sitting is now considered just as bad for health as smoking, I felt that something did indeed have to change. And all it took was a visit to my grandmother’s house.
Every time I go there, without fail, I feel better and lose weight. And since I have isolated the variables that DID NOT contribute to these effects, I will now isolate the variables that did: 1) MOVEMENT. It doesn’t have to be an exercise class, but can take the form of daily activities. From the minute I woke up, (almost, I did have breakfast), I was moving. My grandmother usually goes out in the mornings to swim, so while she is gone I do laundry, tidy up, and try to make the house look a bit better before she returns. When she comes back, we sit for a bit, then usually go outside to do some yard work, or if she is watching her soap operas (every week day between 12:30 and 1:30) my mom and I either go out to run errands, or stick around to use the computer. Usually it was the first option. Then when we come back there is more to do, inside and out. Nothing too strenuous, but still I’m on my feet and doing things. Much better than sitting for hours at a time!
This time, for example, we went on a shopping excursion to get an air conditioner. For those of you who do not live in the metro area, buying an air conditioner during a heatwave is sometimes an exercise in frustration. Even though there are many stores, most of them tend to offer an “order and pick up” option, meaning one has to order the item online, then go pick it up (usually the next day). Since my grandmother wanted to see the unit before she purchased, this was not the best option. So instead of being able to see if the item was in the store or not (most of the sites didn’t specify if they were actually available) we had to call several stores. Then, when identifying which unit we wanted, ask “how many are available?” There was a great basic GE unit available in Sams Club a few towns over for a very competitive price but here was the catch–there were only 24 left on the shelf, and 36 in the warehouse! So off we went. We were really lucky because we got the last one on the shelf! All that rushing to get to the store paid off! Now we had the air conditioner, all that was left was to install. I’ll leave out the fascinating details of assembling and installing the air conditioner, but it occurred to me that this day had given me more exercise than I usually get.
That sounds pathetic for an athlete, but it’s true. After the season, I tend to get into a rut, and going into the wilds of the metro area wakes me up and reminds me to MOVE. Not just go to exercise (yes, I do exercise at home, whether it’s biking or yoga or skating) but MOVE. Stay on my feet, lift things, move energy around, be mobile. So I thank my grandmother, my mother, the stressful metro area, and the heatwave for that illuminating lesson. 🙂